What Pet Owners Need to Know About Babesiosis in Dogs

Babesiosis is a tick borne disease seen in dogs across the US. Once your pup has been bitten by an infected tick the Babesia organisms attack your pet's red blood cells, often causing anemia. Our Bartlett vets explain more...

Babesiosis is a disease caused by a family of Babesia organisms that are seen across the world and spread to animals through the bite of infected ticks. Once inside your dog's body, these organisms invade and attack your pup's red blood cells,often leading to anemia. .

Babesia canis and Babesia gibsoni are the two most common varieties of Babesia infections see in dogs across the US.

How Babesiosis is Spread

Babesiosis is most often contracted through the bite of an infected tick, however, dogs infected with the organism that have open mouth sores can pass on the infection to other dogs through a bite. It is also possible for pregnant females to transmit Babesiosis to their unborn puppies.

Signs of Babesiosis in Dogs

Chronic Babesia can be asymptomatic in dogs (no obvious symptoms), but it's important to understand that even when symptoms are not apparent the dog can spread the disease to other animals or even to people.

If your pooch does contract Babesiosis the symptoms that your dog develops will depend on the type of Babesia organism that has infected your pet. Some of the most common symptoms of acute Babesiosis include jaundice, weakness and fever.

How Babesia Infections Are Diagnosed

When you take your dog in for an examination, your vet will perform a thorough examination checking your pup for signs of Babesiosis such as swollen lymph nodes, pale mucous membranes, and an enlarged spleen.

If a Babesia infection is suspected your vet might recommend blood and urine tests to check for the presence of bilirubinuria as well as signs of anemia, low platelet count, and low albumin.

Because different strains of Babesia infections require different treatments, your veterinarian might recommend Babesia DNA testing to determine which strain of the organism has infected your pet.

Treatment For Babesiosis in Dogs

When treating Babesia infections in dogs a 3 pronged approach is used.

Depending on the strain of Babesia your pooch is infected with Imidocarb dipropionate injections may also be recommended. A combination of atovaquone (a quinone antimicrobial medication) and azithromycin (antibiotic) is typically used to treat Babesia gibsoni infections in dogs.

Prognosis For Dogs with Babesiosis

The prognosis for dogs with Babesiosis is generally guarded. Most Babesiosis cases are not caught until the condition is fairly progressed, meaning that treatment is late to begin. How well your dog recovers from the condition will depend upon the severity of the condition and which systems of the body are affected.

Dogs that recover from an initial Babesia infection may remain infected but asymptomatic, then experience a relapse. That's why it's important for pet parents to be aware that dogs with chronic, symptom-free, or very mild symptom infections are still able to spread the disease.

Keeping your dog on year-round tick prevention medication can be an effective way to reduce your dog's risk of contracting tick borne diseases such as Babesiosis, Rocky Mountain Spotted Fever, Lyme, Anaplasmosis and Ehrlichiosis.

Examining your dog's skin for ticks on a daily basis, and removing any parasites you find, can also help to prevent tick borne diseases since it typically takes 48 hours or longer for Babesia transmission to occur once the tick begins feeding on your dog.

Note: The advice provided in this post is intended for informational purposes and does not constitute medical advice regarding pets. For an accurate diagnosis of your pet's condition, please make an appointment with your vet.

Do you think that your dog may have Babesiosis? Contact our Bartlett vets right away to book an examination for your pooch. Our vets have experience in the diagnosis and treatment of tick borne diseases in dogs. 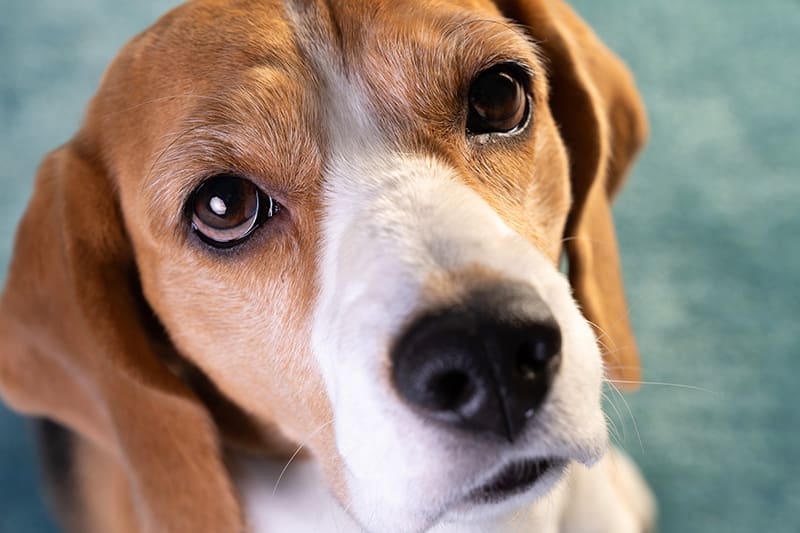 What To Do With Your Dog When You Travel

Your pet is a cherished member of your family, but it's not always possible to take your dog along when you go on vacation. Today our Bartlett vets offer advice on what to do with your dog while you travel.

Dog Dental Care - How to Clean Your Dog's Teeth

Periodontal disease and tooth decay aren't just painful for dogs, they can also negatively impact your dog's overall health. That's dental care should be a part of your dog's routine preventive care. Here our Bartlett vets share tips on how to keep your dog's teeth clean and healthy.

It's not uncommon for our canine companions to experience anxiety and depression from time to time. Here are a few tips from our Bartlett vets that may help to alleviate your dog's anxiety or depression.

What to do About Cat or Dog Diarrhea & Vomiting

Vomiting and diarrhea are common signs of gastrointestinal upset in cats and dogs, and there are a number of things that can trigger these symptoms. Today, our Bartlett vets explain what you should know, and what to do if your pet is experiencing persistent vomiting or diarrhea.