Different Types of Seizures in Dogs

If your pup has seizures, the type and severity of the seizures your dog experiences can differ from one event to the next. Here our Bartlett vets explain the different types of seizures seen in dogs.

There are different types of seizures which can be seen in dogs, and it's certainly not unusual for an individual dog to experience more than one type of seizure. Not only that, how each of these different seizures affects individual dogs can also be very different.

Typically seizures in dogs occur without warning and last just a short period of time (a few seconds to a couple of minutes).

While pet parents are often concerned that their dog will injure themselves during a seizure, injury is rare.

If your dog has a seizure, even if it's very short, it's important to contact your vet just to let them know what has happened. Not all dogs will need to see their vet following a seizure. When you speak to your vet they will let you know whether an examination is a good idea for your dog.

If your dog has a seizure that lasts more than 3 minutes, or if your dog experiences recurring seizures over a 24 hour period, an urgent trip to the vet is required! Contact your vet immediately, or head to the nearest emergency animal hospital.

Focal or Partial Seizures in Dogs

Focal seizures in dogs (sometimes called partial seizures) only affect one half of the brain, and within a particular region of that half. These seizures are described as either simple or complex, depending on your dog’s level of awareness while the seizure is occurring. Dogs usually remain conscious during a simple focal seizure, whereas consciousness is likely to be more impaired if your dog has a complex focal seizure.

Signs of a Simple Focal Seizure

Dogs experiencing a simple focal seizure could display one or more of the following signs:

Generalized seizures are characterized by movement on both sides of the body and fall into different categories:

In dogs that experience seizures, focal seizures which evolve into generalized seizures are the most common. Often the focal seizure is so short or subtle that the signs are missed by pet parents. 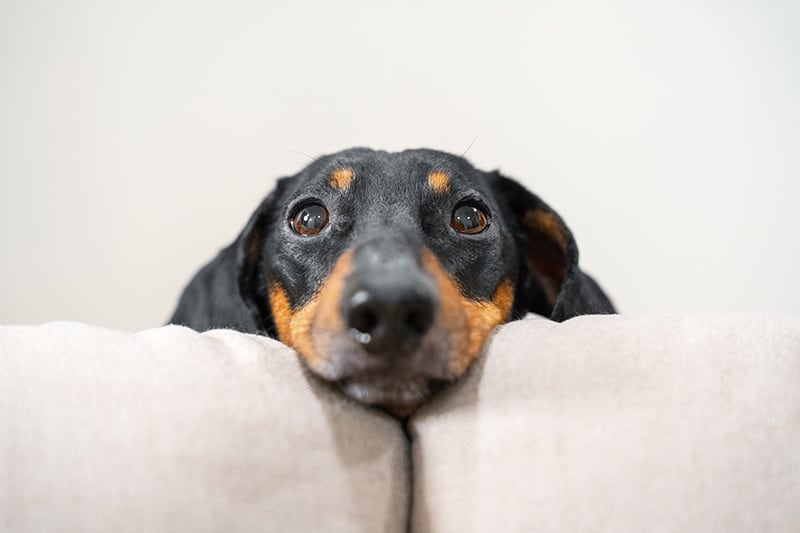