Our Bartlett dermatology team diagnose and treat a variety of fungal infections in dogs. With our in-house lab, our vets can diagnose your pet’s uncomfortable skin disorder and offer a customized treatment plan.

What are fungal infections?

Although fungal infections are less common than either bacterial or viral infections, these infections can be just as serious. Fungal infections may occur due to contact with other animals, from the environment, or as a result of the overgrowth of fungi (yeast) that are naturally present in and on your dog's own body.

What are systematic fungal infections in dogs?

Aspergillosis is a fungal infection in dogs that is caused by a number of different Aspergillus species which are found in soil all around the world. This fungus is responsible for two main types of infection in dogs:

The fungus Cryptococcus is found in soil around the world but is most abundant in areas where pigeons or other birds gather in large numbers. Dogs generally inhale the fungus, which then leads to lung infection. This fungal disease initially affects the dog's respiratory tract, but can go on to affect the central nervous system, eyes, and skin. Symptoms of cryptococcosis in dogs range from lethargy, coughing, nasal discharge, eye problems, and skin lesions, to seizures and other neurologic abnormalities. Treating cryptococosis can be challenging. While the most common treatment is an oral antifungal medication, it may need to be administered for a year or longer. Sadly, many dogs are unable to recover from this fungal infection.

Caused by the fungus Blastomyces dermatitidis, blastomycosis most commonly takes the form of a lung infection that is typically diagnosed in young male hunting dogs that have spent time in Mississippi, Ohio, Missouri, Tennessee, the St. Lawrence River valley, the mid-Atlantic, and around the Great Lakes. This fungus thrives near beaver dams and other areas where moist acidic soil rich in decaying vegetation exists, although it is also found in pigeon and bat feces. Hunting dogs that spend a lot of time sniffing around in the soil are at the highest risk for inhaling fungal spores. Symptoms of blastomycosis in the lungs include coughing, fever, lethargy, loss of appetite, and weight loss, however, if the infection reaches other areas of your dog's body symptoms such as lameness, blood in urine, eye problems, skin lesions (particularly around the toenails), and fever may be evident. When diagnosed and treated early treatment with an oral anti-fungal medication can be curative.

What are localized skin fungal infections in dogs?

Fungal infections that affect your dog's skin can be difficult for pet parents to recognize since the itching and scratching that goes hand-in-hand with these infections is often thought to be the result of dry skin or flea bites. There are two common forms of skin fungal infections that our Bartlett vets commonly see in dogs.

Dermatophytes in dogs, more commonly known as ringworm, is caused by a collection of pathogenic fungi. Ringworm in dogs is extremely contagious and is spread through direct contact with the fungus. This can happen when a dog comes in direct contact with an infected animal,  person, or object such as a couch, comb, bowl, bedding, or carpet. Ringworm can affect your dog’s skin, fur, or nails. Symptoms of this common fungal infection include hair loss, itching, flaky or crusty skin, and misshapen or brittle nails. Early detection and treatment is essential for preventing the spread of ringworm to other household pets or people!

Treatment for ringworm in dogs will depend upon the severity of the infection but may include a combination of medicated baths and dips and/or oral antifungal medications. Vacuuming and disinfecting the house frequently is also a necessary step in preventing the spread of ringworm to others in the home.

Treatment of fungal dermatitis can be a long-term effort. If your dog has an underlying issue such as a compromised immune system or allergy, how well these conditions can be treated and controlled will determine the outcome. Some dogs will experience secondary yeast or bacterial skin infections along with severe skin allergies, in many cases two to three times each year. If this is the case, your veterinarian can develop a custom treatment plan for your dog to help manage the condition.

If you think that your dog may have a fungal infection call our Bartlett vets at Hillcrest Animal Hospital. Our dermatological services help treat and prevent diseases of the skin, coat, ears and nails, including fungal infection in dogs. 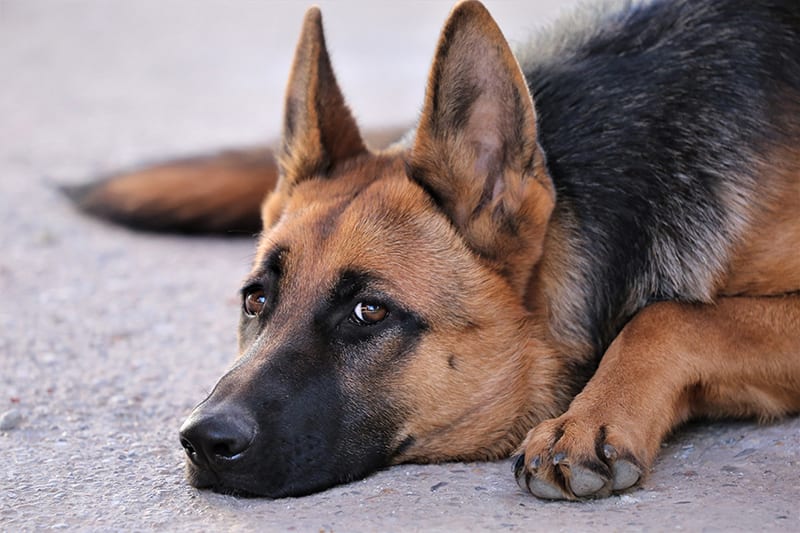